Reversed symptoms of Osteoporosis Through a Change of Diet & Lifestyle 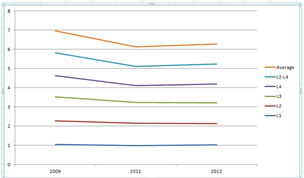 Before we met Sarah Hopkins we were none the wiser, living in a hypocritical world where we binged on sugar rich treats, consuming hamburgers that were produced in a lab rather than a kitchen and conforming in a society that demands it’s food processed and easy to serve. We look at ways of shedding the extra kilo’s and wonder why we feel so tired and at times, unhappy. We then spend our hard earned cash on supplements, medicines and doctors appointments to make us feel better. It’s quite a vicious circle.

When my wife, aged 36 was diagnosed with early signs of Osteoporosis alarm bells started ringing. Doctors appointments, treatment suggestions, hormone replacement therapy (HRT) followed. The medicos had only one goal, diagnose, treat the symptoms and shout out “Next Please!” The subsequent bone density scans displayed the inevitable. It was getting worse.

Enter Sarah, she was my boss and mentor in the business world, she often preached the healthy lifestyle in the office and although we had given her some attention, her message often fell on deaf ears. When I spoke to Sarah about my wife’s predicament she told me, with out hesitation that her symptoms could be neutralized and even reversed by learning about her body, how processed foods affect her lifestyle and how to treat many of today’s health issues by changing her lifestyle.

After completing a thorough assessment, Sarah created a holistic plan to improve Mel’s long term health objectives. Our diet at home changed from processed foods to organic and raw foods, we ate more protein rich foods and less carbs. Mel also focused on core exercises to help strengthen her body. Even without further medical tests and scans it soon became clear that not only did we all feel healthier, we were healthier.

Our children were often sick, in 2011 I recall spending several months where there wasn’t a week where at least one of the kids was unwell. Mel and I both took days of work to care for them. I think so far this year I can only recall them staying home 1 day due to illness. That is certainly not a coincidence.

So for Mel, 3 years after being diagnosed the time had come for a third bone density scan and blood tests. Was it possible to reverse the effects of osteoporosis just by changing her lifestyle and food intake? Yes it was. Not only were the effects neutralized, they were reversed. Mel’s bones had become denser and stronger. To say we were ecstatic would be an understatement.

The lives of everyone in our family has been changed forever, we consider our selves to be extremely fortunate that Sarah could influence us in such a way that we are not reliant on medical treatments as a first option. I have absolutely no hesitation in recommending anyone who is open to changing their lives and that of those around them for the better to Sarah Hopkins Health & Wellbeing.